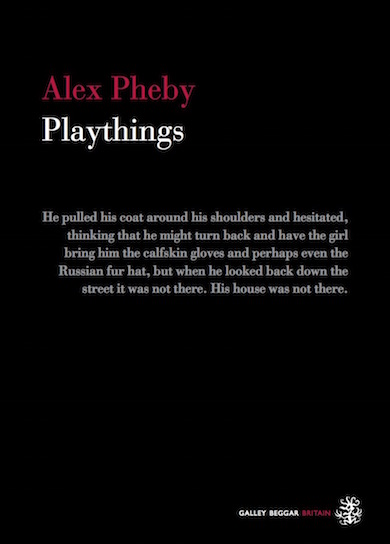 Paul Shreber is a recently retired High Court judge, a respectable member of fin de siècle Dresden society, the very embodiment of his age and class and time. One quiet day, his orderly life is thrown out of kilter. Small, inconsequential details become ominous: an unexpected, and emotionally charged, incident is stripped of all meaning. All is not as it should be, not at all. No longer able to keep his official persona intact, Shreber finds himself living in a world of facades. What is exposed is not only his own human frailty but the burgeoning fascism of the time. The novel draws upon the life of Paul Daniel Shreber, whose account of his descent into psychosis became a cornerstone of psychoanalytic study. Allusions to Freud’s case studies preface each chapter, lending the novel an air of authority, and underlining the sense of dislocation. It is into this gap that Shreber has fallen, between his external view of himself and the unformed subjective that he is so fearful of. To paraphrase Walt Whitman: we are large: we contain multitudes. The novel explores what means to live in a world without anchors. The pages are charged with immediacy and disquiet from the opening line. The author captures the stifling (and literally straitening) conventions of the time. This is a novel about perceived ideas around class and gender; most of all it is a novel about vulnerability. Shreber’s world falls apart when his wife displays human frailty. This is what he cannot tolerate; this is what he has been hiding from all his life. The novel chronicles his rapid disengagement from reality, the unraveling between perception and empathy. It is full of physical details, a puff of coal dust, the fuggy oiliness of an interior, the steaming pink tongue of a dog. Shreber, who has taken his superior status for granted, finds himself confined to a mental asylum, where the accoutrements of civilization are stripped away. The judge finds himself judged: he, who had once condemned a man to death with impunity, now finds himself answerable to the man’s brother, his jailor, the recalcitrant Muller. Everything he believed in is called into question. This is what happens when the careful stitching of identity falls apart, all the disparate selves emerge. Shreber escapes from the physical constraints of his elderly body and becomes a boy again climbing a tree. (He falls, of course.) With every lapse into childhood, he takes us closer to the soft unformed part of himself, to the child that was not allowed to be, to the impossibility of living up to his father’s eugenicist ideals. The novel is perceptive on the strictures of class, on the rules on how to address the lower orders. Shreber, a man who had taken the links between physiology and criminality for granted, finds the old order turned upside down. How fragile appearance’s are. He is not the superior man, after all. He is full of fear and revulsion, of the servants, of Jews, of perceived femininity, of the physically weak former patients of his father. Most of all, it is his own weakness that repulses him. His abhorrence of the internal feminine manifests in dreams of a womb leaking inside him: his recoiling from the poor, with their legs bowed with rickets, comes back to taunt him. The psychiatrist Rossler tries to reach out to him, but Shreber has slipped too far. This is a man stripped bare. All his losses have come back to him. Not only the loss of his own youth but of the children he never had. His questioning of own mortality is often gut wrenching and there is a terrible poignant tragedy in his remembrance of his wife’s miscarriages. As he struggles to maintain the last semblance of his authority within the brutal world of the institution, he discovers within himself all the things he most dreads. The playthings of the title are not only the dead children, but also the unformed, unloved aspect of himself. At heart, he is a malleable half-formed thing. The novel is published by Galley Beggar Press, who also broke new ground with Eimear McBride’s A Girl is a Half-Formed Thing. Like that novel, Playthings challenges ideas around perception and reality, and perhaps inevitably, the narrative is stretched a little thinly at times. Nonetheless, Playthings is an extraordinary novel, a Kafkaesque page turner full of crystalline detail. It’s rare to read a book of such depth.